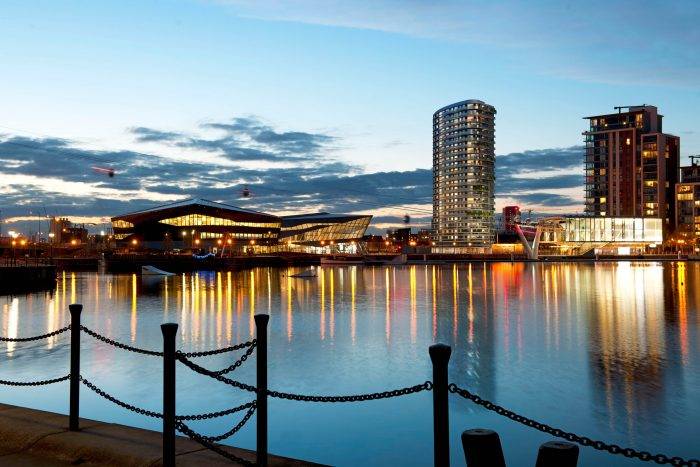 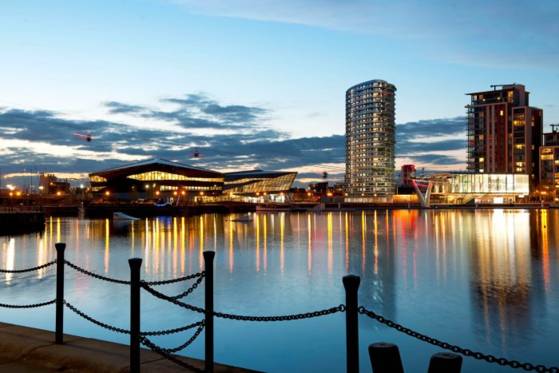 The Royal Victoria Dock is the largest of the three Royal Docks, i.e. part of the redeveloped Docklands in east London. Located 14 km from London Bridge, designed and built by George Parker Bidder, they were opened in 1855 to accommodate large steam ships. Interestingly, this is where hydraulic power was used for the first time to operate the dock machinery, and the dock itself was the first to be connected directly to the railway network, gaining considerable advantages in terms of logistics. Just how successful this investment was from the very start is proven by the fact that by 1860, the Royal Victoria Dock was handling 850,000 tonnes of goods annually, twice as much as the older London Docks. After 1960 and the changes in maritime transport brought about by the use of containers, all docks in London began to experience a decline. The Royal Victoria Dock was eventually closed to commercial traffic in 1980. Currently, the London Docklands Development Corporation is performing major redevelopment of the dock, which no longer serves commercial ships. Most warehouse buildings (except the most valuable ones from the historical point of view) have been demolished. In the central part, the most important facility today is the ExCeL Exhibition Centre: a large international conference and exhibition venue where the annual London Boat Show is held, whose tradition dates back to the 1950s . There are also other business, recreational and residential facilities in the area of the docks. In 2017, the construction of The Pump House, a new office and residential building, began. The Pump House is a 15-storey-high, modern building, popular due to its unique location. The glazed facade makes it easier to enjoy the view of the docks, and the high windows were installed by Salisbury Glass, awarded the contract for that as well as the installation of cladding, balustrades and handrails. Rawlplug’s R-XPT II A4 anchors were used to apply most of these elements. Their delivery to the construction site was preceded by specialised tests – during the works, it turned out that there was a depression of approximately 50 mm in the concrete at the points where the balustrades and handrails were to be installed, so the chosen fixing had to compensate for the substrate irregularity. The Technical Department at Rawlplug Ltd, after performing the calculations, offered the customer R-HPT II A4 10140/60 anchors, which did the job perfectly.

The following Rawlplug products were used:

* Names of the buildings or engineering constructions may be registered as trademarks in the name of third parties. Rawlplug is not an owner of said trademarks and claims no rights there to
Go to top